Judy Kibinge - Scarred: The Anatomy of a Massacre (Kenya) 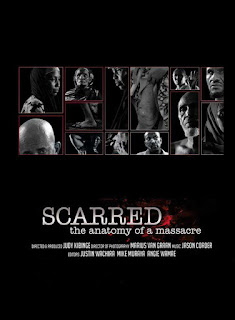 Judy Kibinge
Scarred: The Anatomy of a Massacre
Kenya
Documentary
2015

Judy Kibinge talks about the making of Scarred: Anatomy of a Massacre (Source: Academia.edu)

I first heard about the Wagalla Massacre in a newspaper article roundabout 2003 which spoke of a massacre where 5000 men were killed on an airstrip by the Kenyan government, I was shocked by what sounded like a tale from another world.  In many ways it was a tale from another world.  The Northern Frontier District, as it had been called for so long, had operated under a different set of military laws from the rest of Kenya for so long and its residents brutally treated by successive regimes.  Only in 2002 with the end of the Moi era did the residents, I learned, feel free to begin to speak aloud about that terrible event. Travelling across the country as a filmmaker, I met several victims at a public gathering in Isiolo and when I spoke to them about it and expressed interest possibly in making a film about the massacre, an elderly man took me to task, challenging me on not be making careless pledges. I somehow took that encounter as a promise and spent many years making a film about the events that occurred in Wagalla 31 years ago.

This is a small part of a very large story that hasn't yet, and will probably never, be told in full.