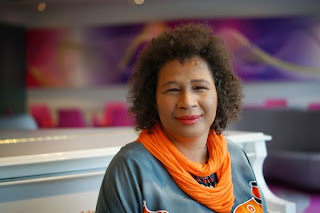 Naomi Beukes-Meyer is a Berlin-based Namibian writer and director. Her most recent work "The Centre" is a webisode series relating the experiences of African women who are trying to deal with the day-to-day life in Berlin. She talks about why she created the series and her future projects.

Naomi you are Namibian based in Germany and your stories relate your experiences in this environment. Talk a bit about your background, and your work as a writer and director.

I started writing while working as a Stage Manager at the National Theatre of Namibia. My first story was about the teenage pregnancies in Namibia. I always wanted to write about what happened to the women and girls around me, especially the stories that no one talked about. While working at the Theatre, I wrote and directed some children's plays. Currently, I'm still writing and developing plays with children at the school where I'm teaching in Berlin. Through my work as a teacher at a bilingual school in Berlin, I come across people from all corners of the world. It intrigues me what the big pull is to Berlin, so I started asking questions and ended up with a lot of, sometimes interesting, sometimes heartbreaking stories.

The first episode of the series The Centre has been released recently. Discuss the concept of the series and what motivated you to create it. 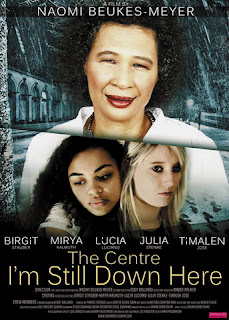 As a Namibian Citizen, I myself had a lot of trouble with Foreign Affairs, finding a job and getting accepted, so, out of frustration, I started to write about my experiences. This is how The Centre started. With this series, I would like to tell about the women, especially the African women, moving to Berlin, for one reason or the other and the difficulties they have to deal with every day between the different cultures. I am very happy that it was possible to release the first episode of The Centre - "I'm still down here". This was only possible with the help of a group of professional film- and theatre people from all over Europe.

What has been the reception in Germany? Do you also have a Namibian audience?

The response up to now has been very positive and I'm especially very happy about a growing Namibian audience.

It is disseminated as a Webisode on video sharing platforms on the Internet, what have been results in terms of viewers and reactions?

I am also overwhelmed by the amount of viewers in the short time we have been online. I think for The Centre, the web is definitely the way to go because we can reach a lot of people all over the world.

Will the series continue? In what form? What are future projects.

The Centre will definitely continue. I am in the process of looking for funding possibilities to shoot the rest of the episodes, already in planning. In the meantime, I'm very excited to be part of the One Billion Rising For Justice Campaign 2014 to end violence against women and girls, started by Eve Ensler.