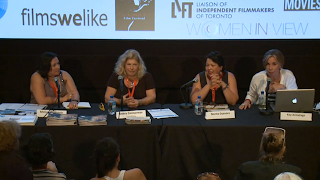 In the face of such gender inequity in the industry and corresponding neglect of women's productions by mainstream festivals, a growing movement of women's film festivals around the world has committed to showcasing films by women and films about women. These festivals play a significant role by exhibiting work that may not otherwise find a venue and by offering settings for conversations that may not take place in mainstream festivals.