Vénus Hottentote: a street named Cuvier in Paris, is it appropriate? 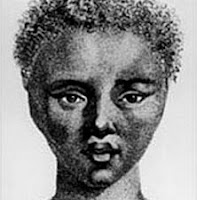 A street named Cuvier in Paris, is it appropriate? This is the question that Michel Alberganti of France Culture poses using the recent release of the film Vénus noire by Abdellatif Kechiche as a point of departure in a dialogue about the appropriateness of continuing to honor Georges Cuvier, a prominent scientist in his time, in public spaces, in light of his dubious scientific conduct regarding Saartjie Baartman, dubbed the Venus Hottentot. A lively debate from interlocutors follows. The blog is in French, along with images and excerpts of the film (also in French).


Below is my French to English translation of excerpts of the text and of selected comments.