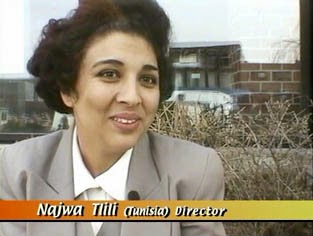 From a conversation with Najwa Tlili (Tunisia) in 1997 at Vues d'Afrique, Montreal, Canada, while still in production of the film Rupture.

Rupture is a film that addresses the problem of conjugal violence lived by Arab women in Canada. While doing this film about conjugal violence, I discovered that the complexities of this inquiry are tied to the circumstances of immigration, and the host country and its culture...

I focus on women living in Montreal, and who at the same time are connected to Canadian culture. And yet, there is a fundamental element that I want to touch. Beyond this complexity of violence, I find myself making a film about the Arab woman, her condition, which is not different from that of the Arab woman living in Tunisia or any other Arab country...

It is very difficult to situate myself in relation to this film, to say what identity I should give it. I would say that it is the identity of the moment. I find myself invested in this film, inhabited by it, and finally it is allowing me to have a certain reconciliation with myself...

When I talk about the condition of the Arab woman in my film, I realize that there is a reality that surfaces in which the Arab women who live here are trying to overcome their situations individually. They do not do so within a community. There is no movement to propel this process; there is no revolution. In the Arab world, it is the same thing; women cope with their problems alone, it is the same case in Africa... 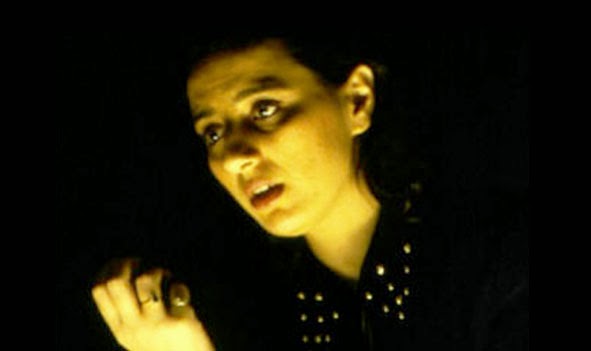 Rupture (1998) by Najwa Tlili
from the Office National du Film Du Canada/National Film Board of Canada
Posted by Beti Ellerson at 12:14 No comments: 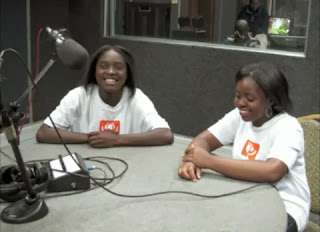 "I plan to be a professional camera woman, I will go back to my community and teach my colleagues how to make movies" says Aishah Umuhoza, a young Rwandan participant in the One Minute Jr. workshop.

The initiative is part of “The World Cup in my Village” project sponsored by UNICEF in collaboration with community and governmental partners in Zambia and Rwanda.

The film project in the Rubavu District of Rwanda entails a five-day intensive workshop during which the students learn to write a script, direct, shoot, and edit a one-minute film, as well as act in the production. The main objective is to provide the students with the skills to report on the important issues that they are dealing with in their communities and then share them with the international community.

Similarly, in Mongu, Zambia, the radio production project gives the young participants the opportunity to express their concerns. The audio reports are broadcast on local, national and international radio stations. In addition, video reports of the initiative are posted on various websites, notably, the Children’s Radio Foundation, who is a partner in the initiative.

As South Africa is host of the 2010 World Cup, “The World Cup in my Village” serves another important function as it provides a venue for young people who live in villages without electricity and broadcasting services to follow the tournament. Giant inflatable out-door screens and projectors are set in place for the occasion. To promote awareness building, UNICEF-produced public service announcements regarding education, health and children protection are part of the programming.

As evident in the encouraging words of Aishah Umuhoza above, several girls have enthusiastically embraced the media-training project. A selection of the one-minute films produced during the film workshop is posted on the "unicefworldcup’s channel" on YouTube, among which are works by Dancille Nyiranteziryayo: A Better Future and Mamy Manirakiza: Raising Awareness.

View the One Minute Jr films @ the unicefworldcup’s channel 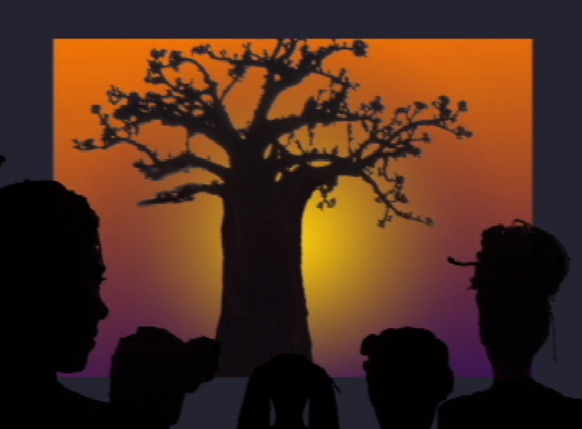 In 2006, the Belgium-based GSARA, in partnership with the Media Centre of Dakar and the National School of Arts initiated the Cinema(s) of Africa(s) Residency to develop and promote documentary filmmaking in Senegal. In 2008 the Cinema(s) of Africa(s) broadcasting station was created in Dakar to ensure a Senegalese base for the coordination of documentary filmmaking residencies, and the subsequent broadcasting of the films that are produced.

Each year a three-month residency for scriptwriting and production of the documentary is held in St. Louis, Senegal. Founded on the idea that the participants share a common desire for the cinema, the Residency features three to four young Senegalese filmmakers who work alongside Belgian cinéastes and technicians.
During this intensive creative process, each filmmaker transforms her/his project from concept to realization. The main objective of the Residency is to bring the participants together in order to work collectively on their ideas and the production of their films; thus sharing the day-to-day experiences in the development and completion of their projects.

The films produced during the Residency are promoted and broadcast (on television, through DVD distribution and at festivals) in Europe by the GSARA and in Africa by the Cinéma(s) d’Afrique(s) Station in Dakar.

In order to engage with the public, during the three-week Screening Tour in Europe, the resident filmmakers are able to accompany their films in the theaters where they are screened and at festivals.


The World Cup excitement gushing out of South Africa highlights the enthusiasm for soccer by all--men and women. Florence Ayisi's film Zanzibar Soccer Queens underscores as well, that women are also skilled players of the sport.

Filmmaker and Reader of Film Practice at the University of Wales-Newport, Florence Ayisi met the “Women Fighters” during a research trip to Zanzibar in 2005. She was especially struck by their enthusiasm, talent, and perseverance. She has this to say about the film:

Zanzibar Soccer Queens is a documentary that presents fresh insights into other lived experiences and realities in Africa, particularly women’s experiences. The stories of the players of Women Fighters present a complex and diverse perspective of untold African Herstories: visions of hope; self-determination; empowerment; solidarity; aspirations and personal identity. These women cross the boundaries of how a woman should be in their society. They are undertaking extraordinary steps to define and determine their ambitions and fate. I was attracted to their courage and efforts to achieve personal goals beyond the cramped borders of gender lines, traditional and cultural expectations that prescribe of how women should dress or behave. (Director’s Statement on Website).

The power behind women’s soccer on the island is its dynamic and charismatic coach, Nassra Juma Mohammed, the first female coach in Zanzibar. In addition to skill building in the sport, she also stresses the importance of women’s development. "What is important to me is that if the players get education they will be able to be employed to get jobs such as secretaries, cashiers , so they can take care of their own lives."

The film offers a fascinating insight into women and sport in this majority Muslim population, especially as it relates to culturally defined roles for women and their bodies.

The Zanzibar Soccer Queens Website provides a wealth of information about the individual "Women Fighters", the background and interest of filmmaker Florence Ayisi, a gallery of photographs, contact information, and a delightful trailer of the film.

IMAGINE, created in 2005 and based in Burkina Faso, is an international training institute of film, TV and multimedia. An initiative of Burkinabe filmmaker Gaston J.M. Kaboré, its main objective is to rebuild a strong African identity through the arts, cultures and traditions of its people.

The films produced from these workshops may be viewed in their entirety on the Imagine Institute's Channel on YouTube.

Posted by Beti Ellerson at 11:13 No comments: 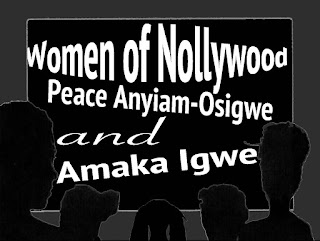 *Reflects name change of Peace Anyiam-Osigwe
UPDATED MAY 2014
Posted by Beti Ellerson at 14:30 No comments:

Women in Film Forum : Nollywood and the Dynamics of Representation

Nollywood and the Dynamics of Representation
African Women in Film Forum, Nigeria
16-17 June 2010

There is a noticeable trend in the Nigerian film industry (popularly called Nollywood). The women in the film come as wicked, manipulative, loose in morals, diabolic and inferior to the men. It is a familiar pattern: the women are hardly ever their own person; they are there to serve the men and their lives revolve round their marriage and children. If they head corporations, they either inherit it or stole it from someone. Generally, the roles of women in films are hardly ever psychologically empowering.

To correct certain negative impression created in our movies on the womenfolk, a two-day forum tagged, "Nollywood and the Dynamics of Representation" holds at the Colonades Hotel, Ikoyi.

The event which begins on June 16th and ends on the 17th 2010, is packaged to facilitate a gender dialogue geared to telling more empowering and inspiring stories about African women, as opposed to one or two dimensional portraits that trail our movies, said the organisers.

Mrs Bisi Adeleye-Fayemi, Executive Director of the African Women's Development Fund (AWDP), organisers of the event, said the forum which is being put together in collaboration with Lufodo Productions, owned by veteran actor, Olu Jacobs and his wife, Joke Silva, will bring together industry practitioners at home and in the diaspora, including executive producers, directors, actors, scriptwriters, scholars, public intellectuals, culture and gender activists, amongst others.

The ADWF group said that from their experience of working on women's rights issues on the African continent, it is becoming clear that there is a need to start thinking of new ways of changing behaviours and attitudes that undermine women's rights, and which inhibit women from achieving their full potential: "It is recognised that one of the critical sites of oppression and violence against women in Africa is that of popular culture, expressed through popular music and film."

Posted by Beti Ellerson at 13:11 No comments: 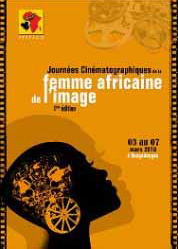