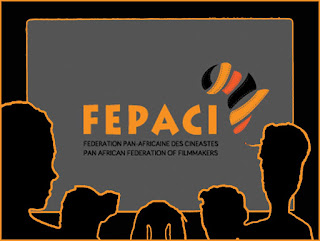 FEPACI, the Pan-African Federation of Filmmakers marks its 40th anniversary in 2009. Like the FESPACO, the Pan-African Film Festival, which was featured in the 19 March 2009 post, FEPACI, was created in 1969--initially under the name, the Pan-African Union of Filmmakers. Founded in Algiers, Algeria, its objective is to facilitate in the reflection of a politics of development, with a cultural lens and a specifically cinematic focus. According to the former General Secretary, Gaston Kaboré of Burkina Faso (1985-1997), the founders of FEPACI saw the federation "as a means to emphasize to those in the political and cultural arena that it has been through the image that neocolonialism has been able to continue in Africa." During FEPACI conferences African filmmakers meet to discuss, debate and assess the myriad interests, objectives, problems and needs of African cinema. It is significant to note that one of the founding members was pioneer actress from Niger, Zalika Souley.

After a nine-year hiatus, due to internal problems, FEPACI was restructured in 2006 to meet the needs of the 21st century, passing the torch to Seipati Bulane-Hopa of South Africa. While she is the first woman in its history to hold the post, the pan-African filmmaking infrastructure has featured women prominently from its beginnings. Alimata Salambéré and Odette Sangho, both from Burkina Faso, were founding members of FESPACO. In my 1997 interview, Kenyan filmmaker Anne Mungai raised concern regarding the domination of men in the upper ranks of the African filmmaking infrastructure. She discussed these issues at the 1989 FEPACI meeting in this way: "FEPACI has always had regional secretaries and they have always been men. Though we are both men and women, each time we come here as filmmakers, the issue of cinema is addressed as though there are just men alone." She recalls that one of the objectives of the historic women's caucus held at the 1991 FESPACO was to give African women a voice.

The 2006 African Film Summit in South Africa showed a different face from the experiences Anne Mungai describes at the 1989 meeting. Women were present everywhere. Their voices were heard, their faces highly visible among the 250 invited delegates. A woman's caucus was held prior to the vote for the new Secretary General in order to choose with a unified voice, a woman for nomination. Seipati Bulane-Hopa was elected with thunderous applause. While she is satisfied with the contributions that she has made, in an interview with filmmaker Monique Mbeka Phoba, she laments that the problems that have crippled FEPACI before she took office continued to exist during her tenure. In this case one notes, that gender aside, leading an organization of the scope, size and needs such as FEPACI, is a formidable undertaking. She ended her mandate as Secretary General in 2013 passing the torch to Cheick Oumar Sissoko of Mali.

During that same year FEPACI signed a host country agreement with the Kenyan government establishing the Pan African Federation of Filmmakers Secretariat in Nairobi, Kenya with Jane Murago Munene as Executive Secretary.

Posted by Beti Ellerson at 07:47 No comments: 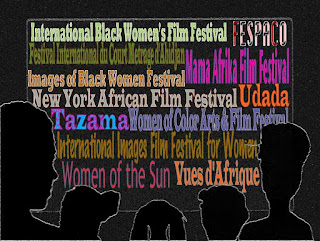 In the last 40 years* the presence of venues to showcase the works of African women have proliferated on the continent and internationally, with women at the helm.

This post highlights the film festivals and other important outlets for the celebration and viewing of African cinema, and works by African women in particular, among the first is the pan-African Film Festival FESPACO, the largest film festival of African cinema held biennially in Ouagadougou, the capital of Burkina Faso.

To underscore the presence of women at the very beginning of this historic festival, it is worth noting that Alimata Salembéré of Burkina Faso was one of the founding members and president of the organizing committee of the first festival in 1969; she also served as the General Secretary of the festival from 1982 to 1984.

Below are articles published on the African Women in Cinema Blog that focus on the festivals, forums and cultural events whose objective is to promote the films, stories and experiences of women of Africa and the diaspora.

Sistas Are Doin’ It for Themselves Film Festival 2016, (California, USA)

Call for Submissions: Reel Sisters of the Diaspora Film Festival 2016

Report on Afrikamera 2012 Women on and behind the screen

Mojisola Sonoiki: The Women of Color Arts & Film Festival is "my destiny"

Women of the Sun Making HERstory 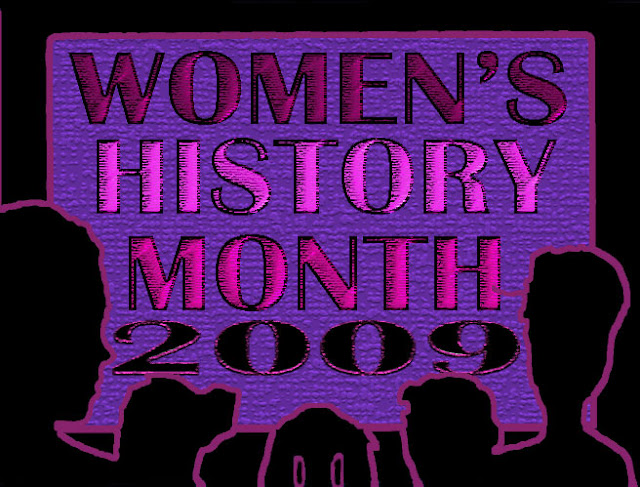 In commemoration of International Women’s Day, celebrated on March 8, and in honor of Women’s History Month, celebrated during the month of March (in the US).
Posted by Beti Ellerson at 17:03 No comments:

At the start of my research on African women in cinema in 1996, I asked the question: What is an African woman's vision, her gaze, her way of seeing and visualizing?

The main objective of the Blog is to showcase African women in the diverse areas of the moving image. This format is an effective way to profile emerging talents as they begin their experiences in cinema at the same time highlighting the trailblazers, pioneers and veterans--and those in various stages of their career. I am especially interested in making visible the important players that are often behind the scenes, such as producers, editors, film festival organizers, scriptwriters, media activists and advocates, and the many others involved in the filmmaking process. The posts may vary in length and frequency, as the purpose is to provide a portrait, at a glance. The choice of women or theme will be spontaneous, of course, privileging current events and topics; but also delving into the rich archives to foreground films and stories of the past.

The blog explores themes such as:

The blog follows current events relevant to African women in cinema such as:

• Festivals
• Films in progress
• Announcements for grants and funding
• Call for scripts and films
• Production related topics
• Academic topics such as conferences, panel discussions, articles and call for papers